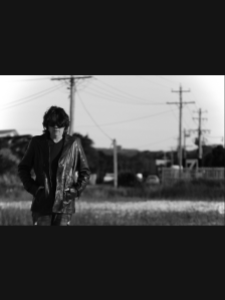 Mullen is an Alternative Rock musician from Australia. He writes songs that are politically charged, socially aware and have an intelligence that will challenge you to delve into your rebellious side.

Mullen’s debut album “intox”, which is due to be released in early 2017, exploits political corruption and government brainwashing. It also deals with sensitive topics such as mental illness, social equality and his personal battle with addiction. Mullen passionately believes that everyone has a responsibility to make the world a place that is fair and equal. To Mullen, the time for awareness is over; it is time for action.

Mullen’s music is best described by imagining Biffy Clyro and the Foo Fighters sitting in a bathtub reading John Lennon poetry. What would happen if QOTSA poured a scalding hot bucket of water into the bath? You guessed it, Mullen’s music! His devilish guitar riffs, infectious drums, Beatle-esque melodies and strong song writing sensibilities enable Mullen to be dangerous and thought provoking.

Are you agitated? You should be… This rabble-rousing act feature 24yr-old Derek Meins on vocals, accompanied by both Robert Dylan Thomas and ‘T-Train’ on thunderous double-drums. Derek’s force-of-nature voice and rallying-call songs are unashamedly political but aim to inspire and energise rather than dictate some dubious ideology. The Agitator’s music is stripped-down, loud and in […]

Gelvis Paisley and the Contraband

Whats life without a wee bit o’ contraband? With Gelvis Paisley on Guitar,vocals and moothie{harmonica}, Randy Nimrod on Bass, Rhonda Nouvelle on Piano and vocals, Marco Von Ganje on Drums, Jicki May on Guitar and Glastobob on Banjo-Dobro and Double Bass Follow them on facebook Listen to them on the Faslane Peace Camp album  Or check them […]

Dream Nails are self- described feminist punk witches from hell. They played their very first gig in aid of Women’s Aid to raise much needed funds for refuges for those fleeing domestic violence (and recently did it again). In September they played Loud Women Fest 2016 – 25 Acts in a Day. You can follow […]