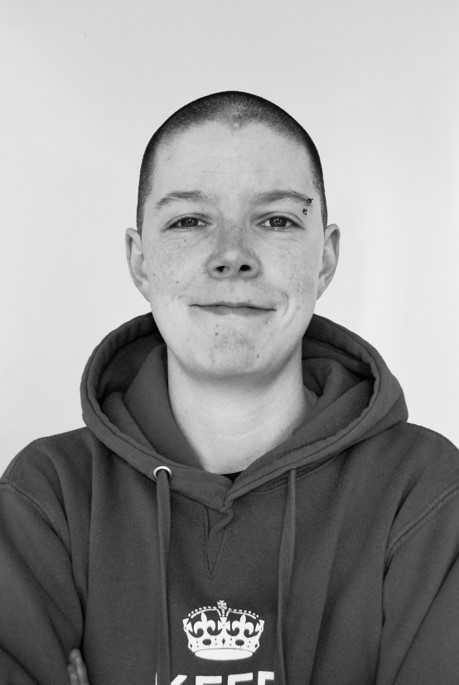 Hailing from the Scottish town of Auchterarder, Sarah is a 33 year-old mature student at Perth College, part of the University of the Highlands and Islands (UHI), where she is about to start her third year studying BSc (Hons) Audio Engineering.

With a particular interest in fusing orchestral instruments with a modern electro feel, Sarah began composing her own tracks in addition to her degree coursework by learning to use Ableton Live Suite 9 at the start of 2016, and endeavours to improve upon both composition and production techniques with every track by utilising skills and techniques learned at college.  Sarah has a wide and varied taste in music, ranging from classical music, ELO, Presidents of the United States of America and Dido to modern EDM…but she’s willing to give anything a listen at least once!

Films and gaming, and their soundtracks, are particular passions in her life, as is broadcasting, and these are industries she is aiming to work within after her studies.

Dream Nails are self- described feminist punk witches from hell. They played their very first gig in aid of Women’s Aid to raise much needed funds for refuges for those fleeing domestic violence (and recently did it again). In September they played Loud Women Fest 2016 – 25 Acts in a Day. You can follow […]

Chess Smith, a singer-songwriter based in Kent, began her career working with local bands in London and the southeast. Her talent, strong work ethic and infectious personality soon brought her to the attention of international songwriter and producer Ben Copland. Ben mentored Chess, shaping her as the voice of electronica outfit ‘Mooli’ and wrote, produced […]

Birdeatsbaby’s name was literally dreamt up by band leader Mishkin Fitzgerald, back in her teens after a particularly long bout of insomnia. Often sleep deprived and on medication the flame haired singer would have strong hallucinations and nightmares, resulting in most of the material from the band’s first record “Here She Comes-a-Tumblin’”. Fitzgerald, having had […]