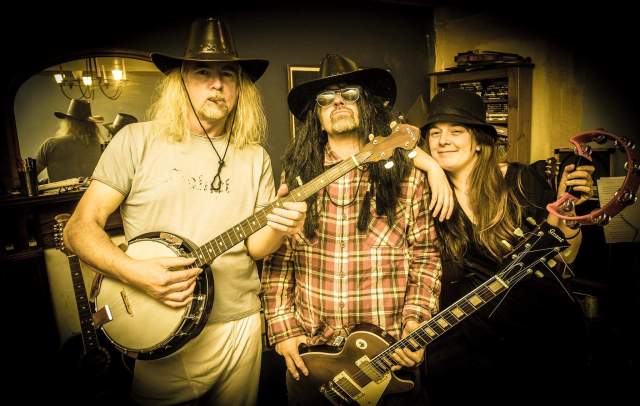 Travel Cat are a Scottish Acoustic Folk band who play everything from light accoustic sets, to lively grab yer dancing shoes performances. They play a wide range of traditional Scottish/ Irish musics, popular covers and an eclectic mix of original songs.
You can follow them on facebook
Or check them out on soundcloud

The Blackheart Orchestra are a British singer/songwriter and multi-instrumentalist duo comprising long term collaborators Chrissy Mostyn and Richard Pilkington. The band blend musical styles in a non-conformist way seamlessly sidestepping boundaries to create their unique classically driven, emotion-drenched music. One moment their sound is minimalist and fragile weaving melodies and atmospherics with silence to create […]

Amidst the rushing screams of Mother Earth; the pounding drums of Ouidah; the markets of Lomé and the open heart of Erzulie, there exists: Born of only 3 comes the embodiment of crushing noise intertwined with enrapturing harmonies… Ogoun; from a new nation of spirits forged directly in ﬁre, steel and blood – reﬂecting all […]