I often think of twitter as a big noisy pub. Your mates are all in there, but so are loads of people you don’t know. You’ve got really interesting, passionate and important conversations going on in some corners, people snogging in others, people playing music or showing off what they had for tea, arguing over who would win in a fight between The Hulk and Mr Hyde. It’s a big pub, I’ll give you that, and it can be rough at times, despite the champagne guzzlers in the corner, trying to seem “authentic” and down with the crowd, but I’ve always felt very much at home there.
This weekend I learned that, much like in the pub, there are times when a snatch of conversation can be overheard, misinterpreted, and spread through Chinese whispers until it is totally divorced from any of its original meaning. Unlike the pub, where it can all be sorted with some yelling, a bit of shoving, an admission that I love you really and a kebab on the way home, twitter can quickly spill over into real life, and cause real and lasting damage.
By now anyone who is reading this has probably heard about the event in East Kilbride, that had an all male panel. They got a lot of flak for it, perhaps, to be fair, disproportionately so, given they had featured an all female panel not too long before. During the backlash though, the people running the EKsaysYES twitter account, who were running/promoting the event, decided to give a masterclass in how not to respond to critics, becoming increasingly irate and aggressive with women asking why they weren’t represented.
As anyone who runs a business or community group account knows, the best way to deal with any criticism – even if you personally disagree with it – is to thank your complainant for their input, take it on board, and say you’ll do better. It stops things running out of hand. But I digress.
My involvement in the furore was periphery at best, but the blowback was staggering, and is still ongoing. A dear friend, valued colleague and comrade was involved in the conversation, mentioning that she hadn’t seen a call by EK Yes for female speakers – that she was surprised by that since she is in many Indy groups and women’s groups online, as well as a follower of the group itself’s page. She said if she had seen the call, she would have rallied her friends and acquaintances and gotten them some female speakers.
Instead of replying with “Thanks for the offer, we’d love your help for next time” they – rather condescendingly, in my opinion — responded “But what groups or parties would they represent? Remember we are looking for independent media specialists.”
This is where I came in. No knowledge of the background or what’s going on at all, I’m responding purely to that tweet. I ask if they mean to imply there are no female independent media specialists? Because in my experience, they are the creative driving force behind the alt-media industry.
Someone else responded with “And you’d know this by virtue of the fact you’re a woman?” and the EKsaysYES account liked the response, which shocked me. It seemed unnecessarily aggressive, and an odd tweet for a professional to endorse. But I responded that no, my knowledge was based on being a woman in the independent media industry, and being lucky enough to work with hundreds of amazing women as a result. I went off to make a cuppa, thinking my part in it was done.
When I returned to my keyboard 2 minutes later, I had 4 responses from EKsaysYes, each more aggressive in tone than the last, all demanding I go and speak for them in February.
I’m a professional writer, and I was utterly shocked at being approached in such an unprofessional manner. Not only was I being yelled at in a thread with over 15 other people tagged in, the person demanding I speak for them had clearly not even looked at my profile first. You see, I’m English, I live in South East England, I’ve never set foot in Scotland in my life. There were dozens of Scottish women – who have put far more hours into Independence than I have– literally in EK’s mentions saying they’d like to be heard, but instead they chose to demand that I speak, to a Scottish group about Scottish Independence, a round trip of over 600miles away. My professional information is not at all hidden, just googling my name would bring all of this info up instantly. I was staggered.
So I replied in a way that I thought was blatantly obviously sarcasm with “DM me and I’ll send you my fee list.”
From the reaction, you’d think I stripped off naked in the high street and started skinning puppies in the name of Nuggan.
EK responded along the lines that they doubt I even know what I’m talking about (they were asked later, by someone else, if they thought that due to my gender, my nationality, or simply because they didn’t like my attitude, but they declined to respond) and their friend from earlier in the thread started to go through my blog, ridiculing me because I once wrote a single article about menstrual cups as an alternative to tampons and sanitary towels for people who didn’t want to give money to prolife organisations through the tampon tax – all the while demanding to know who I thought I was, and who I worked for.

I told them Google is their friend, because honestly why should I trouble myself to present my credentials to people who can’t be bothered to look me up for themselves? Had they scrolled back through my timeline just a tiny bit, they’d have seen that a few days before I tweeted how much I love working on the Pro-Independence podcast and alt-media org Ungagged, tagging in many of the people who also work there, as well as the Ungagged twitter account itself.
I was laughing at the time, because, had they clicked on the ‘about me’ section on the blog they were trashing, they’d have seen my bio, where I clearly state that I will write, speak, or give social media advice for food and that my rates go up the ruder you are. 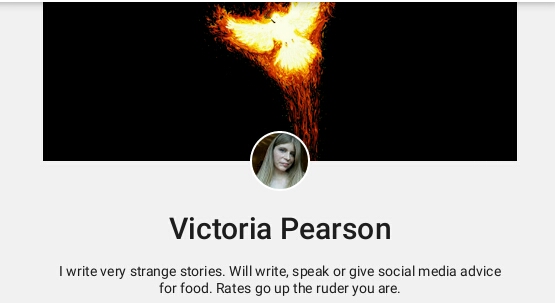 Everyone is becoming edgy and kind of toe curlingly, stupidly nervous.  The Tory Party sent their colonial fixer to the house of Carlaw  sometime between the Covid-19 Prime Minister’s visit to Scotland and last night, and Unionism in Scotland, seems to have surrendered.  Adam “Up the Republic… oops… no, up the Union…” Tompkins has waved […]

I was really proud of this podcast this week.  When our collective found out that two pensioners, Brian Quail and Angela Zelter, had been jailed for protesting at the nuclear weapon storage and dispatch facility at Coulport here in Scotland, we decided to do something that an online collective can.  We wrote a letter to […]

If you Wanna Be My Lover…

I like to think most men agree that grabbing a woman by the vagina without asking permission first is not a nice thing to do. Most men would, I hope, agree that forcing parts of yourself into a woman while she is passed out drunk behind a dumpster is also not very nice. Most men […]