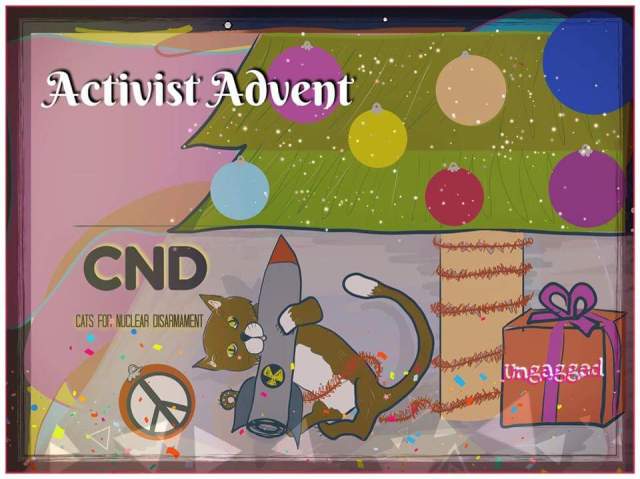 The United States, with the consent of the United Kingdom as laid down in the Quebec Agreement, dropped nuclear weapons on the Japanese cities of Hiroshima and Nagasaki on August 6 and 9, 1945, respectively, during the final stage of World War II. The two bombings killed at least 129,000 people, and devastated the cities.

Many of the survivors have recorded their memories of those days. Fujie Urata Matsumoto, relates this scene:

“The pumpkin field in front of the house was blown clean. Nothing was left of the whole thick crop, except that in place of the pumpkins there was a woman’s head. I looked at the face to see if I knew her. It was a woman of about forty. She must have been from another part of town – I had never seen her around here. A gold tooth gleamed in the wide-open mouth. A handful of singed hair hung down from the left temple over her cheek, dangling in her mouth. Her eyelids were drawn up, showing black holes where the eyes had been burned out…She had probably looked square into the flash and gotten her eyeballs burned.”

Even decades after the bombings, the people of Hiroshima and Nagasaki suffered abnormally high rates of leukemia, birth and tumours. The Nagasaki Atomic Bomb Museum states,

“The question of how to inform young people about the horror of war, the threat of nuclear weapons and the importance of the peace is therefore a matter of passing concern. The citizens of Nagasaki pray that this miserable experience will never be repeated on Earth. We also consider it our duty to ensure that the experience is not forgotten but passed on intact to future generations. It is imperative that we join hands with all peace-loving people around the world and strive together for the realization of lasting world peace.”

Yet, 72 years later we still have a stockpile of 160 nuclear warheads in the UK. Each of those warheads is eight times more powerful than the one that was dropped on Hiroshima. And they are just 25 miles from Glasgow.

Despite fierce public opposition and prohibitive expense, MPs voted to replace trident this year.  You can arm yourself with facts about trident on the CND briefing page before contacting your representative and letting them know what you think of that. You can find their contact details here.

You can support the CND in a variety of ways,  by becoming a member, getting involved with their campaigns and petitions through their site, or by doing some of your Christmas shopping, including christmas cards, through their shop.

The success of Finland’s education system is well known. At the turn of the century it emerged as a global leader in education. PISA tests revealed Finnish pupils produced some of the world’s highest scores in maths, science and reading, to this day the country’s performance remains the highest ranked in Europe. The success came […]

Covid-19 – The blogs, vlogs and articles

Add yours; Twitter @_ungagged , ungaggedleft@gmail.com , facebook.com/ungagged send your piece to us and we’ll publish and circulate. We have many articles here, make sure you scroll all the way down. We will reformat it soon! The Scottish Black Sheep Another insightful article from Beinn Irbhinn. From Chernobyl to Covid-19 Beinn Irbhinn looks at the […]

No place like home – but where is home when you are on wheels?

No place like home – but where is home when you are on wheels? The shows, the carnival, the fairground integral parts to a gala, the Highland games, a village fete and important part of Scottish communities; essential components to local economies. What are the shows? The flashing lights and ringing bells, the stall holders […]